Bo has been a friend of this site since it's beginning and an inspiration for me to keep this site going over the past 13 years.

I would like to give you my compliments and many thanks for your very nice
site, and the Tune-Up articles.

I have had extensive use of them, and they were always there to solve the
questions on the first outboard repair I have done.
Mech. Engineer by profession, I worked for 38 years with fuel injection
equipment (Bosch) in Sweden, i.e., technical sales and application for gas
and diesel engines.
Being both practical and theoretical, however, until now, I have almost only
been working with 4-stroke diesel and gas engines.

Last fall we advertised for a 4-6 hp outboard for our 14´rowing boat.
Getting one answer, we purchased a Johnson Seahorse 5.5hp on our island in
Baltic Sea outside Stockholm, Sweden. The engine could be turned, so I asked
the man if it had run. ”Yes, some two years ago”, he replied, so we bought it
for 55$.
The little Johnson is a CD17 (1960) with serial number B 9716, which was
made at the Johnson factory in Belgium for the European market.
The Tune-Up turned out to be a real challenge, sometimes beyond normal.

At home we found 80% water in the tank, cylinder head cracks ”mended” with
a lot of silicone, signs of overheating(missing paint) due to the stuck
Thermostat. Thus, the engine was very close to the “grave”. The spark plugs,
however, were rather new and had a good face, so I decided to try a “Mission
Impossible.”

The first thing the head, at the cracked bolt bore, was fixed with a small
aluminum tube, and the nearby hair-thin water jacket crack was injected with “permanent” LocTite. A reinforcement of glass fiber filled plastic
(Plastic Padding) finished the operation.

Taking the outboard apart, six (of ten) cylinder bolts and one (of seven)
Bolts in the partition of the power head and lower unit broke. Even with
the careful drilling of these threads they were not possible to save in top
quality. The problem was solved by drilling 8,5mm bores, and to thread them
with M10 thread bits. Cuts of M10 threaded rods with ¼” UNC threads were
inserted, fixed with “permanent” LocTite.

Both coils were cracked, and had a short, cut fuel lines, hardened thermostat,
as said, was stuck, impeller is worn out. As the impeller housing was heavily
worn and cavitated, this area was smoothened, filled, and partly build up
with glass fibre filled Plastic Padding

Even worse, the high speed needle cracked and the corresponding thread in
the float bowl was destroyed. I made a new brass needle in my lathe, and a
brass insert for the float bowl.

New gaskets(head, driveshaft, thermostat), thermostat, impeller, coils,
condensers, points, carburetor kit(with plastic float added) new fuel lines,
spark plug wires and caps, were installed. By the way, I chose stainless
steel bolts for the cylinder head. They will not rust, so they are easy to
take out. I hope, I will not need bore them out.
I used LocTite/Permatex Form-a-Gasket at all threads and at the water
jacket.

After all work this outboard runs smooth, quite, idles, starts on first and,
although not intended from the beginning, it was new painted and looks as it was
coming right out from the show room. Total cost is 400$ and my own work, but
the joy of making this restore has given me full compensation and
experience.

he # 28 shows how the outboard looked before the painting.

The repaired head with nearby pipe insert in one of the bolt bores, #42. Cavitations and build up at the outlet with “Plastic Padding”, #43.

On picture #44 the new H/S needle, somewhat long, before making the split, threaded bore and cone for the locking screw. A glimpse of the threaded brass insert in the bowl can also be seen. The old cork float was in rather good condition and was initially lacquered with three layers of shellac.

As we used alkylat gasoline instead of normal, it was OK. However after the season, I changed to a ´94 plastic float, so we can run with the cheaper standard gasoline.

The attached pictures shows my restored Johnson Seahorse 5.5 hp on land and when mounted on our green 14´ rowing boat, type ”Siljan” made by “JOFA” from the early ´70-ies. Purchased as an unusable wreck for 400$. As a stroke of fate, “JOFA” stands for “Johnsons Fabriker” (Factories). However, it has nothing to do with OMC, but is maybe known for making ice hockey helmets and other plastic and sports equipment.

As you can see I use a small transport carriage to handle the outboard. Paint is almost original (Audi 90 white) from spray cans on the corresponding primer. The black stripe on the engine cover fails on the land pictures but is added on the later pictures. Also on the engine cover, I discarded the old rubber frames around the face plate on #27.

I find the new ones rather neat. As a whole, some friends said -”...this outboard looks brand new”…!

My grand son Samuel (8) as seen on #78 has great fun making small excursion like here, and also with his brother Hampus(5).

I am sitting on our little bridge #5 looking out to the bay,”Mysingen”. The bay, rather large, 20x45 km, begins at our island Ornö and it is a part of the Baltic Sea (0.7% salt). The Baltic is by far larger, 1300x 400 km. The island is almost the largest island in the Stockholm archipelago, which consists of 25.000 large and small islands!

I have sent many pictures, and you may use them as you like. It has been very fun to start this contact with you.

Once again, without your excellent articles and pictures I probably didn’t had this lot of fun.

I am looking forward to hear from you, and hope you like the pictures…

Keep on the good work. 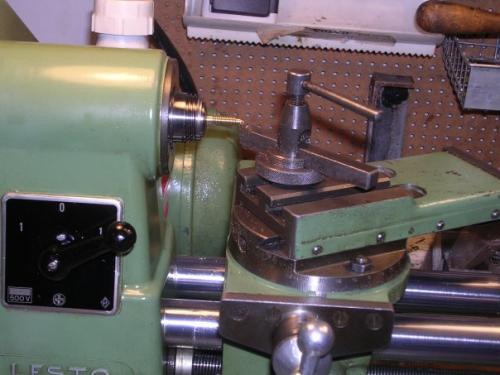 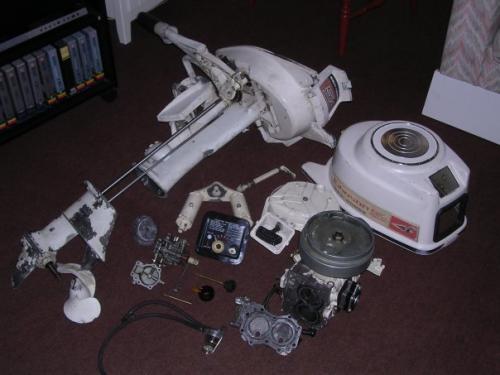 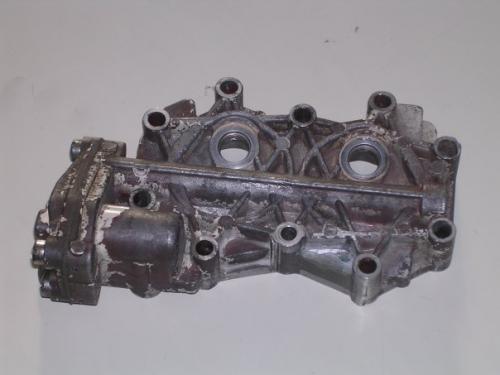 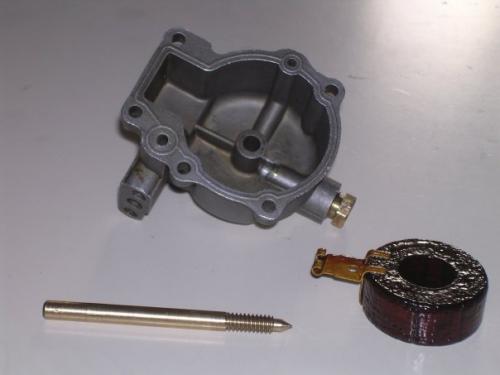 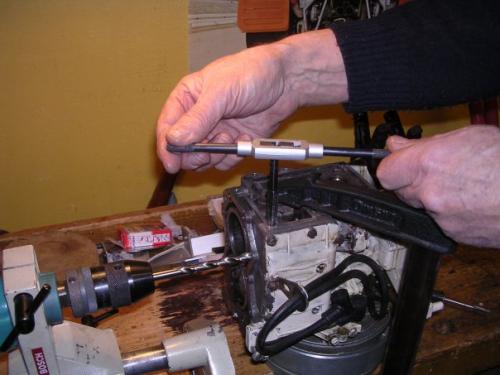 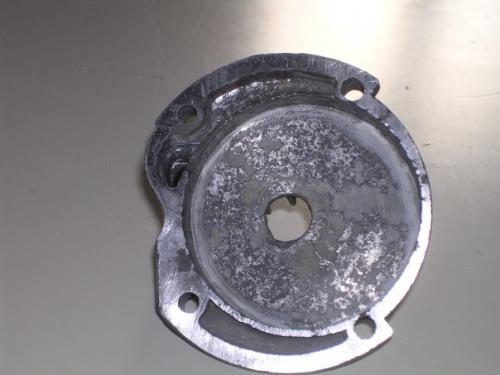 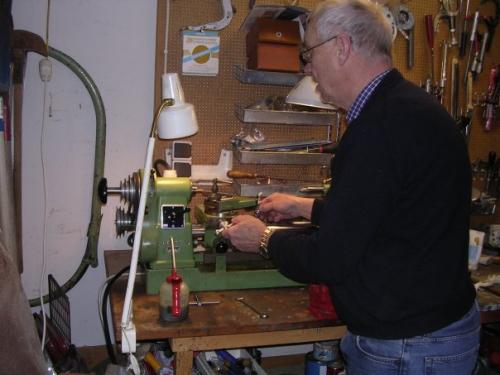 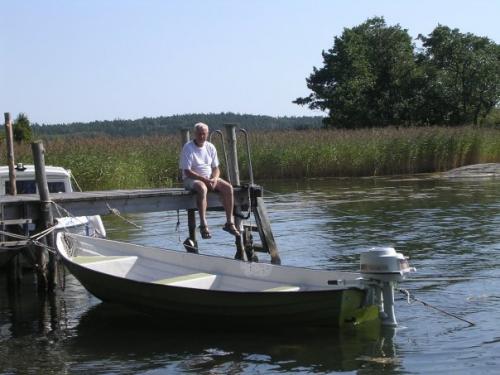 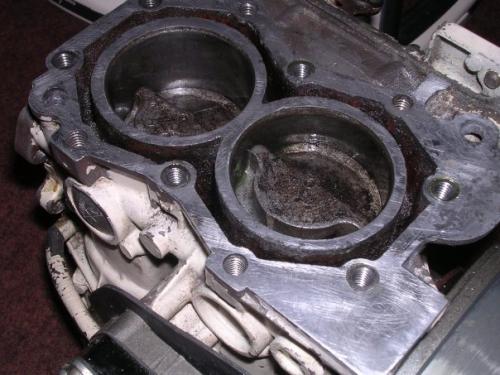 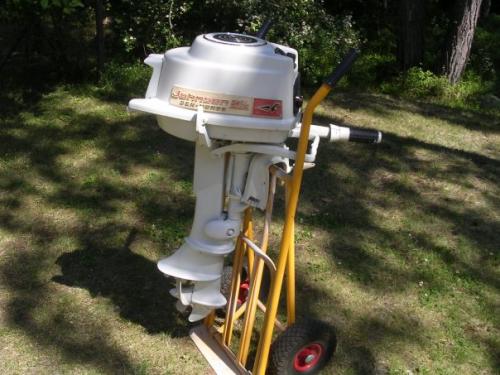 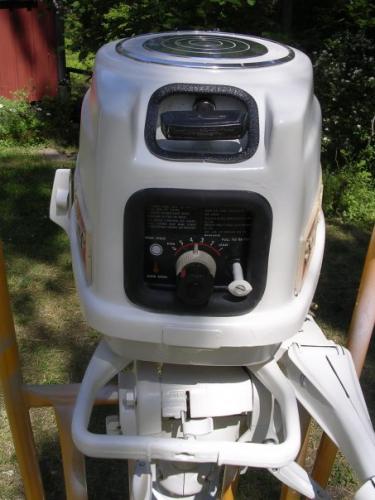 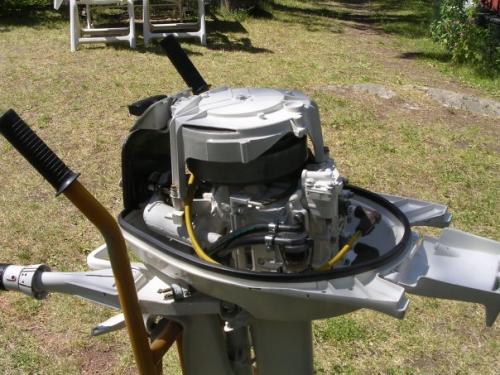 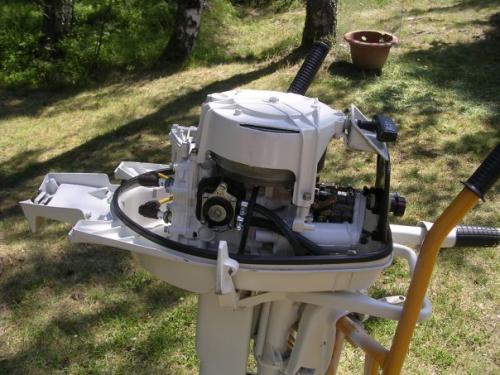 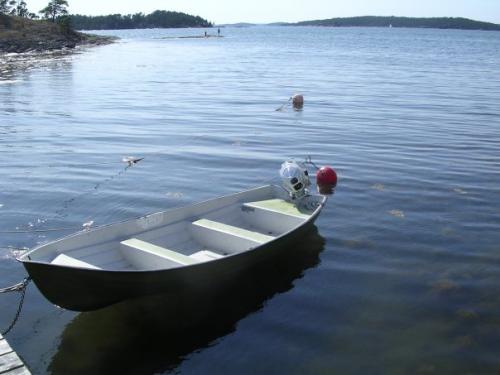 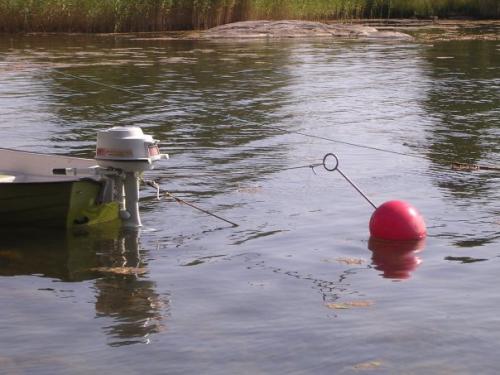 Watch Video of Bo and his Boat & Motor

Been restoring the same unit here in Wisconsin USA.  Enjoy your post and your photos. Thanks for sharing.